We’re back for more Paris discussion.  If you missed the first part of our Paris travelog, check it out here.   Today, we have Bistrot Paul Bert, Le Cinq Mars, steak frites, the best ice cream in Paris, a great spot for an late night glass of wine, and some very French French Toast.

Georges – We capped off our first day in Paris by having a drink at Georges restaurant at the top of the Centre Georges Pompidou. Although the Centre Pompidou contains the largest museum for modern art in Europe and a public library, it is probably best known for it’s postmodern architecture, which features protruding glass escalators on the exterior of the building.

The restaurant itself is a little odd.  It’s formal (the waiters are dressed in tuxes) but the decor is sparse and eccentric.  I’m not sure I’d want to have a dinner here if I was only in town for a few nights.  But as a spot to grab an after-dinner drink? It’s awesome.  You take the glass escalators up to the top floor, so right off the bat it turns drinking into a cultural experience, and the restaurant has terrific 360 degree views of the city.  We were seated at a table near the window and had a great view of the Eiffel Tower.   Although the cocktails are on the pricer side, there are some reasonably priced glasses of wine.

View from Georges atop the Centre Pompidou

Now is probably as good a time as any to discuss transportation in Paris.  As you can see, we were able to hit a ton of great spots in only four days.  Our primary mode of getting around was walking.  Paris is a very walkable city and it helped that our hotel was in such a central location.  Also, you really develop an appreciation of the size and character of the city by walking.  After a few days of walking around certain areas, you can start saying things like “I really love the 6th and 7th Arrondissements – aren’t they divine?” (Your friends will love you and not think you’re pretentious at all!) And of course, walking makes you feel slightly less bad about eating four meals a day.

Aside from walking, the city’s metro system is fairly easy to navigate and is structured similar to the NYC subway.  Tickets can be bought at kiosks inside any of the stations and are less than 2e per ride.  However avoid it at rush hour if possible – the trains are packed!  There are also taxi cabs in the city, though not as many as in Manhattan.   The cab fares were relatively reasonable but watch out for increased fares if you have to call for a cab in advance.  The meter will start running as soon as a cab starts driving toward your location, so it can easily double the price of your ride.

Berthillon (Île Saint-Louis): Obviously we couldn’t go on vacation and not get ice cream.   It’s one of Cate’s rules.  So even though it was late November, we weren’t missing an opportunity to try Paris’ most renowned ice cream spot.  I don’t think it was a coincidence that the only real sunshine we had during our four days in Paris was during the half hour immediately after ordering our ice cream.

Located on the Île Saint Louis and not far from Notre Dame, Berthillon is a perfect stop for a midday snack. While there are many places that sell Berthillon ice cream across the city, it’s worth it to check out their original location.  We had a cup of our favorite combo (chocolate, pistachio, and hazelnut) and a cone of salted caramel.  Because Cate is the ice cream connoisseur I asked her opinion on Berthillon – she said it was amazing, and definitely lived up to the hype.

Food in the air!

Laduree (8th Arrondissement): We stopped by the original Laduree for Cate’s birthday breakfast.  Sure, there’s now a Laduree only three blocks away from our apartment in New York, but the locations in Paris have “tea salons” in addition to their bakery rooms.

Laduree is probably best known for their macarons.  Macarons aren’t the manliest dessert – okay, they’re literally the least manly dessert there is – but they’re pretty good, and Cate loves them. But on this visit to Laduree we had pain perdu, or as it’s more commonly known, French toast.  As someone who grew up loving to eat French toast, it never occurred to me that French toast was actually, well, French.  Laduree’s incredible French toast is made with an extra soft piece of brioche bread that gets almost caramelized on the outside and was served with maple syrup and French jams.  All this, and it’s somehow (by far) the cheapest item on their menu.  Sounds like a win-win.  While we’re on the subject of macarons, I have to mention that we had a macaron throwdown in our hotel room.  Cate takes her sweets very seriously.  You will find macarons all over Paris, but we decided to go Laduree vs. Pierre Herme.  We had heard great things about both of these spots and they were both near our hotel.  While Laduree’s were delicious, Pierre Herme’s macarons won our throwdown challenge.  Their flavors were just more intense.  Definitely try the salted caramel one.  I had a foie gras macaron which while not my favorite was definitely unique.

Le Cinq Mars (7th Arrondissement) – I knew we had to eat at Le Cinq Mars after Cate told me that her nerd crush, Christopher Kimball from America’s Test Kitchen, said he had “the best meal of his life” there. Honestly, if Cate ever leaves me I know she’ll be somewhere in Vermont with Chris Kimball ranking the top 15 brands of brown sugar.  And yes, that’s a joke for the 33 people other than Cate who watch America’s Test Kitchen on PBS.

A much better dining companion that Chris Kimball…

Le Cinq Mars is located near the Musee D’Orsay in the 7th Arrondissement.  This very charming spot with homey décor serves classic French bistro food. We ate there for lunch after a long morning of walking through the city. Cate had the pot au feu, which is a traditional beef stew served with seasonable vegetables. I was in the mood for fish and had trouble choosing between the sea bream and their special of the day, dorade. Unbeknownst to me, dorade is French for sea bream (hey I only took 7 years of French in school…). Either way, I got the fish.

The food was very simple but everything was perfectly prepared.  My fish was flakey but had a crispy skin and was served with a broccoli mash, which was a great accompaniment.  The pot au feu was classic comfort food, and tasted great with a little spicy mustard.  For dessert we split a chocolate mousse that could have fed twelve people.  The dish was called “Mousse au chocolat à discrétion” – so I think the restaurant was warning us to control ourselves.  Which was hard to do, as this mousse was amazing.

Bistrot Paul Bert (11th Arrondissement) – One of my favorite “French” meals in America is steak frites.  I love steak, I love fries, god bless whatever tiny Frenchmen decided to pair them together.  So before our time in Paris was up I knew I needed to have some authentic steak frites.

An episode of The Layover with Anthony Bourdain led us to Bistrot Paul Bert in the 11th.  Paul Bert is a true French bistro – very little frills, traditional decor and a traditional French menu.   Although it may look similar to numerous other bistros in Paris, Paul Bert is a real standout.

Very happy with my order – look at that sauce

Paul Bert offers a 3 course meal that includes an appetizer, main, and dessert for 38e.  This is a great deal for the amount and quality of the food – however, it does not feature their signature steak.  The Filet de Boeuf au Poivre, topped with Cognac-Armagnac Butter Cream Sauce (I know, not for the faint of heart) is a “daily special.”  There is a steak dish on their prix fix menu which makes ordering the “right” steak frites confusing.

Before we get to the steak, I’d be remiss if I didn’t mention Paul Bert’s delicious scallops – or St. Jacques as they are called in French.  They are served in the half shell (something I’ve never seen before) and coated in a butter sauce.  The waiter told us that they were their most popular appetizer so we figured we had to try them.  They were so good that they may have single handedly turned Cate into a scallop fan.

St. Jacques served in the half shell with butter

As for the steak, it was undoubtedly one of the best steak dishes I’ve ever had.  The steak was a perfect medium rare and the outside was crusted in pepper.  The entire plate was then covered in the Cognac-Armagnac butter cream sauce.  It’s obviously a very decadent dish but the flavors are really strong.   The frites were not as good as my favorite fries in America – Minetta Tavern‘s – but I think that’s a matter of personal preference.  They are a little thicker than most fries in America, but they still tasted great dipped in that sauce.

Our only negative about Paul Bert was the service.  Though we didn’t expect great service in Paris, we actually had friendly and attentive service for much of our trip.  But at Paul Bert there was only one waiter working the entire room and our table went ignored for long stretches of our meal.

This ends part 2 of our Paris recap. We’ll finish up the trilogy next week with a look at Frenchie Bar a Vin, Septime, and a place that serves homemade mustard on tap! 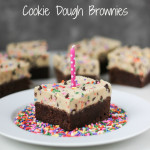 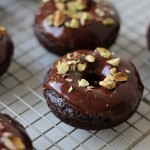 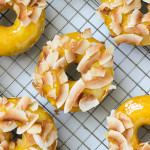 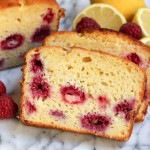 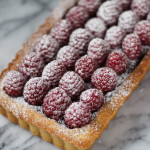