The next stop on our trip was Florence. After spending a few days lounging by Lake Como, it was nice to get back to doing what we do best, scouring cities for the best local food (and maybe taking a photo or two next to a church). The picturesque Arno River and the Ponte Vecchio

The Arno at dusk

Trattoria Sostanza:  In all of our research on the Florence food scene the one restaurant that emerged again and again as a “must-eat” was Sostanza.  They are perhaps most famous for their pollo al burro – a heartstopping dish (figuratively, though if you ate it enough, maybe literally) of chicken breasts fried in butter.   Trattoria Sostanza has been operating in the same spot since 1869 and is an institution in Central Florence.  The ambiance is no-frills and the walls of the restaurant are lined with photos of famous diners (a lot of soccer players, government officials, and of course, Rob Lowe).

We started with an artichoke omelette and an order of fresh tomatoes.  The omelette was fluffier than an American omelette and was filled with fresh artichokes.  It had a very nice flavor and was definitely unique, though we regretted ordering it over one of the pasta dishes.  The tomatoes were fantastic – bursting with flavor and coated in olive oil and pepper.

For our mains we tried the two staples of Sostanza – the buttered chicken and the Bistecca alla Fiorentina.  Both were excellent.  The steak was perfectly cooked (between rare and medium rare, moo) and seasoned with salt, pepper, and olive oil.  Bistecca all Fiorentina is one of the most well known dishes in the region and with good reason – the steak is locally sourced from Tuscan cattle ranches and is prepared over a charcoal grill.   And the chicken alone is worth a visit to Sostanza.  It is served in a piping hot skillet and the chicken breasts are surrounded by browned butter.  It’s as decadent as it is delicious and was definitely one of the highlights of our trip. All’anitco Vinaio – I consider myself somewhat of a sandwich connoisseur, so when I heard that All’antico Vinaio, a panini shop in Florence, made the best sandwiches in the world I had to investigate. The display case is a sight for sore eyes –  porchetta wrapped with crispy skin, salami, prosciutto, fresh cheeses, and delicious looking vegetable spreads.  I had a porchetta sandwich on focaccia topped – per their suggestion – with a zucchini slaw.  The pork was nicely seasoned and the crispy crackling gave the sandwich a great crunch.  I don’t know if I’m ready to give them the title of “Best Sandwich in the World,” but I understand the hype. La Carraia Gelato:  Quick story.  My sister studied in Florence this past spring, and before our trip she gave us a list of her favorite things in the city.  Even though she knew we were only staying in Florence for 36 hours, she included roughly two dozen gelato places for us to try.  She obviously knows her sister-in-law pretty well.

And though she claimed each one was “the best” or a “must-try”, La Carraia Gelateria, at the foot of the Ponte alla Carraia bridge was her favorite, and we have to agree.  The texture of the gelato was perfect and our classic mixed cup of Hazelnut, Pistachio, and Chocolate-Hazelnut was delicious.  And their limone sorbetto is a great way to cap off a long day of sightseeing.

We work in the occasional tourist attraction

I’Parione:  For our second dinner in Florence we ate at I’Parione.  I’Parione was much more touristy than Sostanza.  This isn’t in itself a bad thing (we were, as much as we hate to admit, tourists), but it just doesn’t feel as authentic when everyone in the restaurant is speaking English.  Luckily, the food was very good.

Our starters – Pappa al Pomodoro soup and an Antipasti platter consisting of Tuscan meats, buffalo mozzarella, and chicken liver pate – were particular highlights.  The Pappa al Pomodoro was the best we had throughout our trip and the quality of the charcuterie and the classic Tuscan pate were outstanding.

The pastas, though very good, were not quite as strong.  The better of the two was the pici with tomatoes, bacon, and leeks.  The other pasta – the nightly special of tagliatelle with porcini mushrooms, was not as flavorful as we hoped.   For dessert we had the highly recommended cheesecake and were not disappointed.  It was creamy and delicious.

Caffe Giacosa: Before we left Florence to head to the Tuscan countryside we stopped by Caffe Giacosa for a quick bite.  The cafe – which is owned by Italian fashion designer Roberto Cavalli – is a bit trendier than some of the other breakfast options in the area but they have a great selection of pastries and the prices are quite reasonable.

They sure don’t skimp on the chocolate filling

Check out Where foodies should eat in Rome 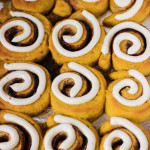 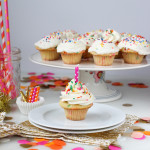 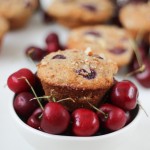 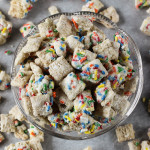 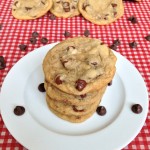 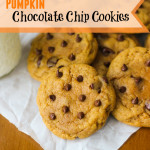